We have added a new group to the Equipment and Materials section where you will find lots of pretty shiny beads, crystals and sequins for sale like the ones in the examples (as if you needed any inspiration) More items will be added to make this section even more fabulous. Also, there are still freebie […]

Tambour beading sample Our super popular Tambour 2 Day course will be coming up at the start of next month (7th and 8th Sept) and so, for Day 6 we will be knocking 10% off the Tambour 2 day Course using the discount code TYINSTADAY6 The offer will stay live until Friday 30th Aug or […]

Beautiful sequined gown, early to mid-1930s. Sequins became popular in the 1920s, inspired by the discovery of Tutankhamun’s tomb. (1922) The 1930s followed the decade of the roaring 20’s, with the Wall Street crash in 1929, the years that followed saw a great deal of change for Britain and America. With the 1930s, came the […] 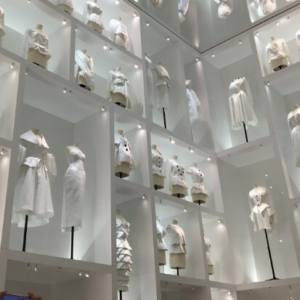 Runway through the years #Dior #runway #couture A post shared by Tasha Searls-Punter (@tashasearlspunter) on Dec 21, 2017 at 3:44am PST Every now and then, there is an exhibition that we feel we just have to see, and usually one holds out until it (hopefully) comes to London. However the risk of missing out on […] 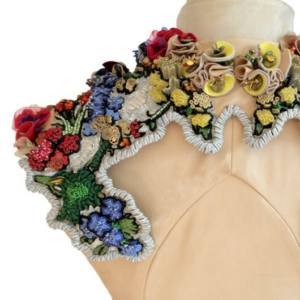 We are pleased to say our Freelance Embroider, Ami Waring, has her award winning garment on show at The Garden Museum, London.   Ami’s finished garment is on display alongside unseen process pictures, explanations of the stages, the photoshoot and her inspiration for the project.   The garment itself is sensational with hundreds of hours […] 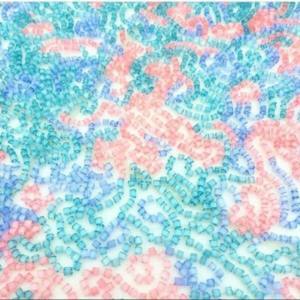 This weekend we have a few spaces left on our Tambour weekend workshop. This is a beginners class, you will learn the basics of this couture technique. How to use the tambour hook. How to apply beads   Finally how to apply sequins   The class will take place in a Fitzrovia studio on Saturday […]

Covid-19: Physical Classes are currently postponed until the end of May (see blog posts for more details) London Embroidery School web shop will remain open but delivery time may be affected. Please be aware Royal Mail and some international postal services are running with a small delay. Dismiss