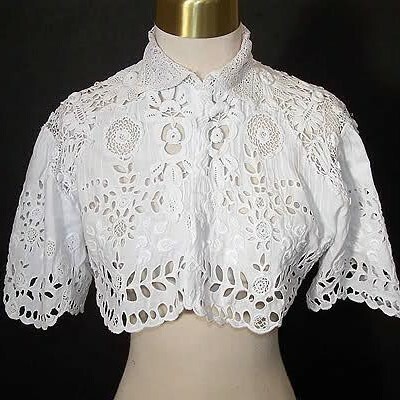 Brought to England in the 19th Century, Broderie Anglaise is an ancient technique which is believed to have originated in Czech Republic.

Very popular at it’s time in 1840-80, Broderie Anglaise is created using open worked spaces in varying shapes and sizes. Although it did not originate in England, it continues to be associated with English Heritage due to it’s popularity in England during the 19th Century. In the 21st Century, Broderie Anglaise is interpreted less as a luxury fashion item, and more suited to daytime and casual wear during the summer seasons. They are also often machine embroidered rather than hand stitched now.