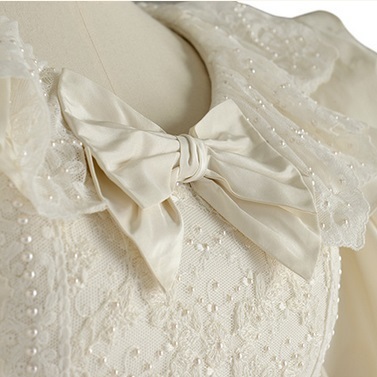 As our name suggests, we are based in the UK in London and for those of you in the Uk, you will know that we have just gone into ‘tier 4’ so movement has been restricted once again just in time for Christmas. For many of you, like us that will mean your plans for the Christmas break will change and might leave you a little… directionless.

Amongst the ever changing news, we will endevour to keep bringing you things to keep you enterained, motivated and inspired. Our online classes are always there if you fancy one, whether it be one of our free classes, kitless classes or something practical. If however today what you need is inspiration then let us show you this engaging virtual exhibition we came across from the Brooklyn Museum.

Those embroiderers of you that also cross over into costume fans cant help but to have noticed the excitement with which the two big costume dramas recently released on Netflix have received. ‘The Crown’, now on season 4 and ‘The Queen’s Gambit’ both take you into a snapshot of vintage fashion from the 20th century. ‘The Crown’ season 4 takes us through the 1980’s and the costume department play a huge role in this, painstakingly recreating legendary looks from events of the British Royal family during this period. Princess Diana’s wedding dress has to be one of the most monumental pieces in the collection- originally design by Elizabeth and David Emanuel, recreated by costume designer Amy Roberts, tailored by Sue Crawshaw. 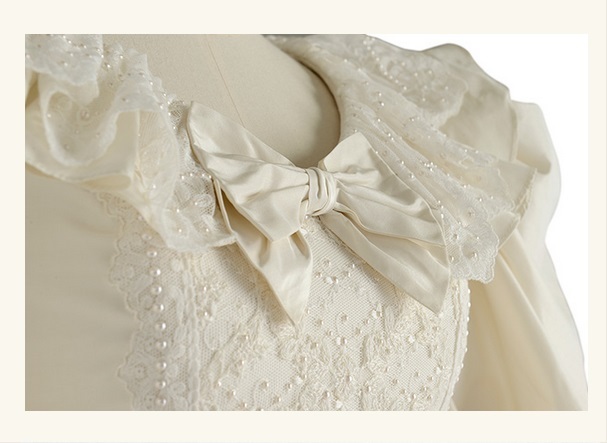 ”The dress took three people four weeks and 600 hours to create. 95 metres of fabric and 100 metres of lace were used. The train is approx. 30 feet. Tailoring the dress required 5 fittings with actress Emma Corrin.”

With such efforts put into this piece to make it as accurate as possible, we would have liked to have seen more of it in the screen time!

The exhibition allows you to turn the ensembles, zoom in on special details, view the clip of the costume in action and read write ups on the pieces and view the working designs and desginers notes. 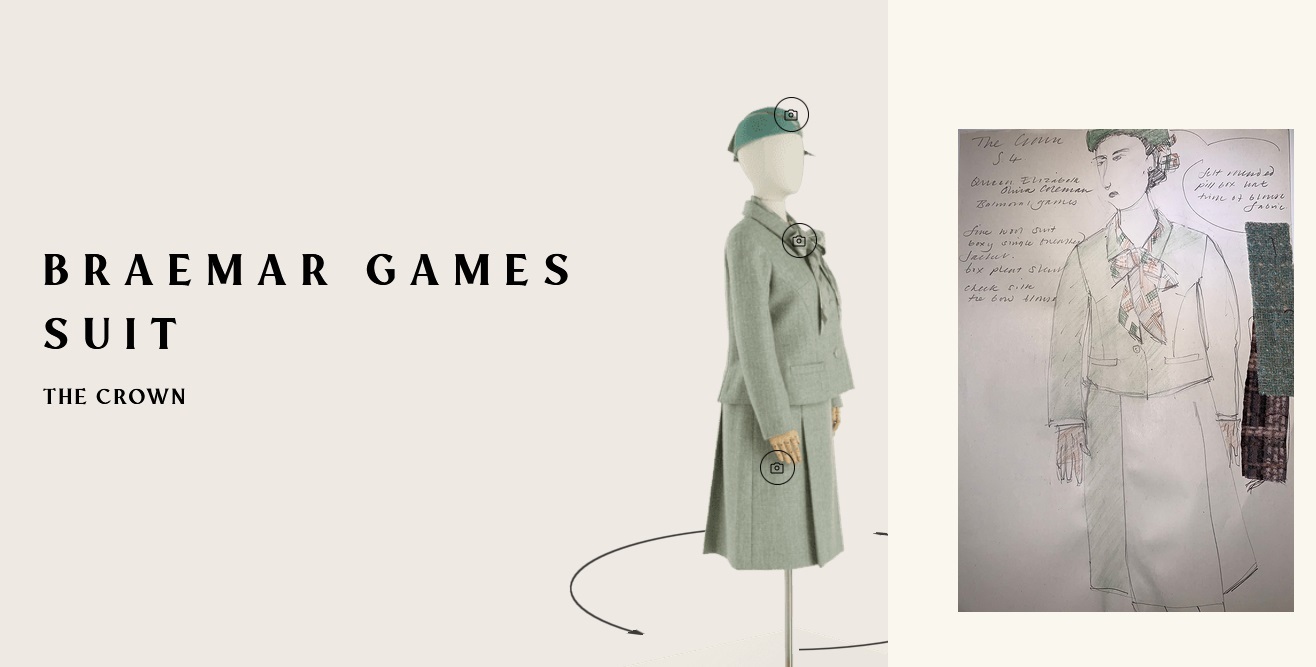 For the embroiderers, the Trooping of the Colour uniform might well be a highlight as you can zoom in on the details of the medals, aiguillettes and eupaulettes. Aside the costumes, the museum has selected pieces from their collections which compliment the exhibits such as the silhouette portrait of Queen Elizabeth called ‘Koh-I-Noor’ by Hew Locke made of hundreds of plastic trinkets.

From ‘The Queen’s Gambit’ set in the 1960’s USA designed by Gabiele Binder, we particulally liked the first dress we see the protagonist ‘Beth’ dressed in. The naive embroidery on the chest tugs at ones heartstrings in a way only embroidery can (though we are terribly bias!)

This is shown alongside this ‘Gaming Board’ which is an undeniably beuatiful piece in its own right, particulally when it is considered to date circa 1390–1353 B.C.E. 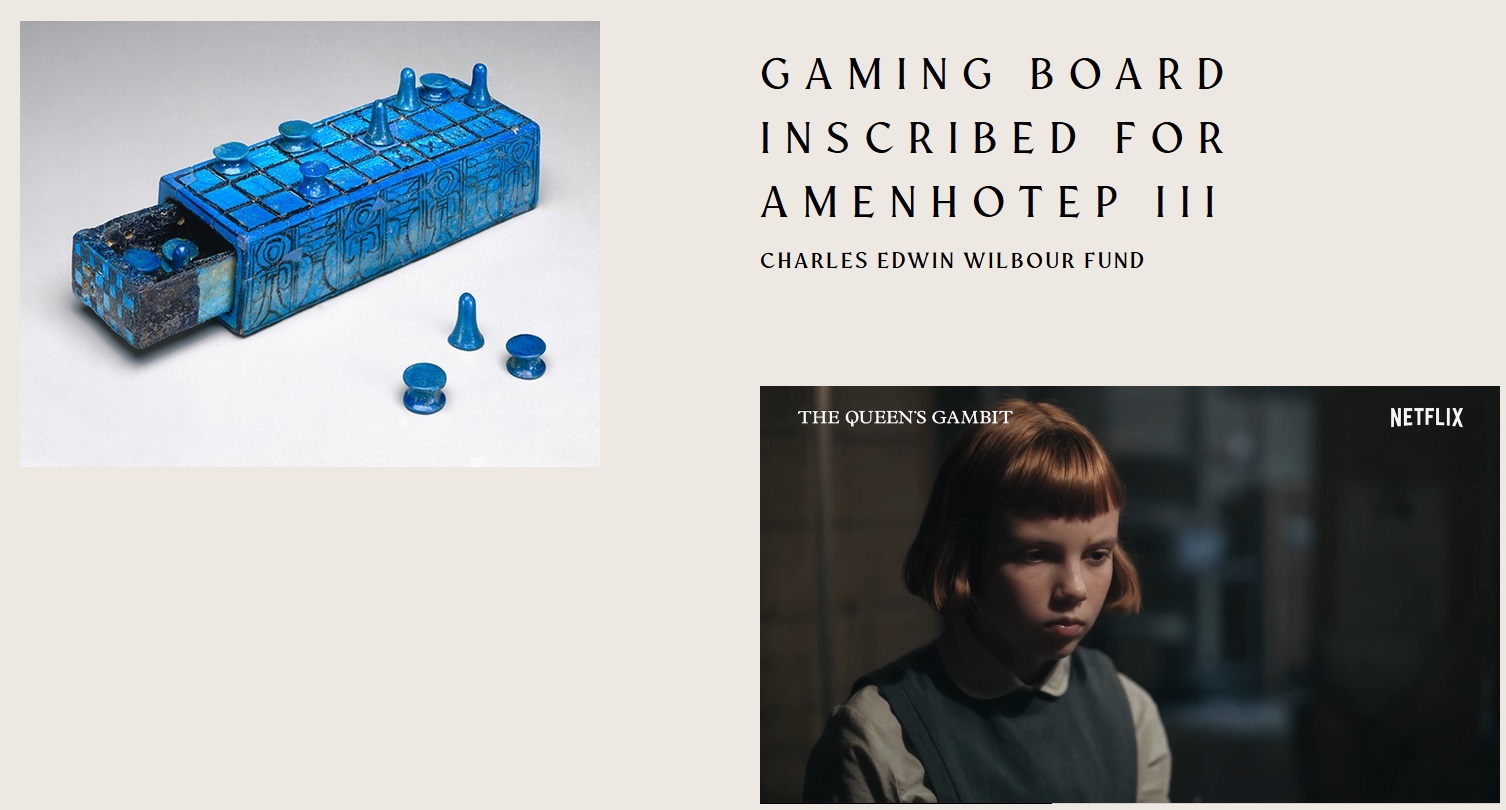 We also really liked the ‘I’m Chess’ dress and being able to appreciate the thought and symbolism invested into the creation of these costumes as a vehical of storytelling.

The Brooklyn Museum’s physical exhibition has now ended but the virtual exhibtion is currently still available if you fancy furthering you watching  interest with a deep dive into the costumes.

Check this exhibition out whilst you can! 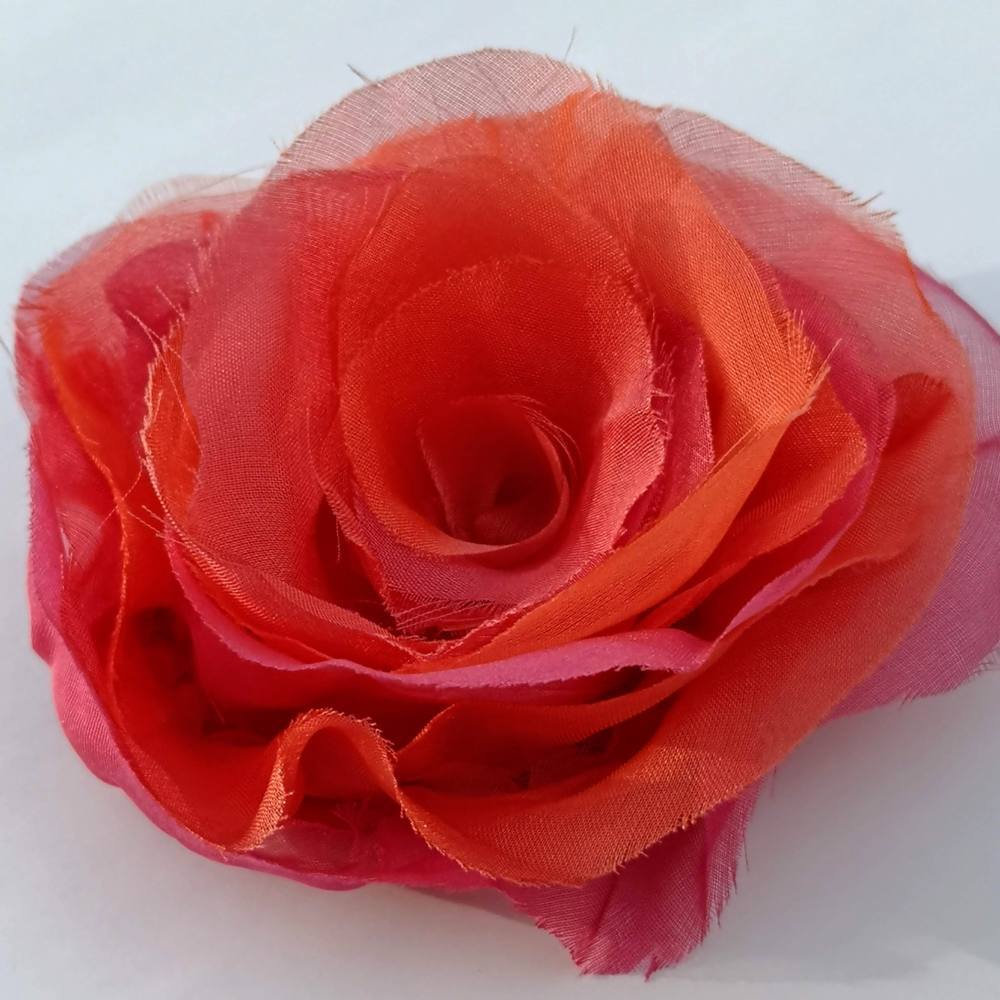 Are you stuck for last minute gifts? 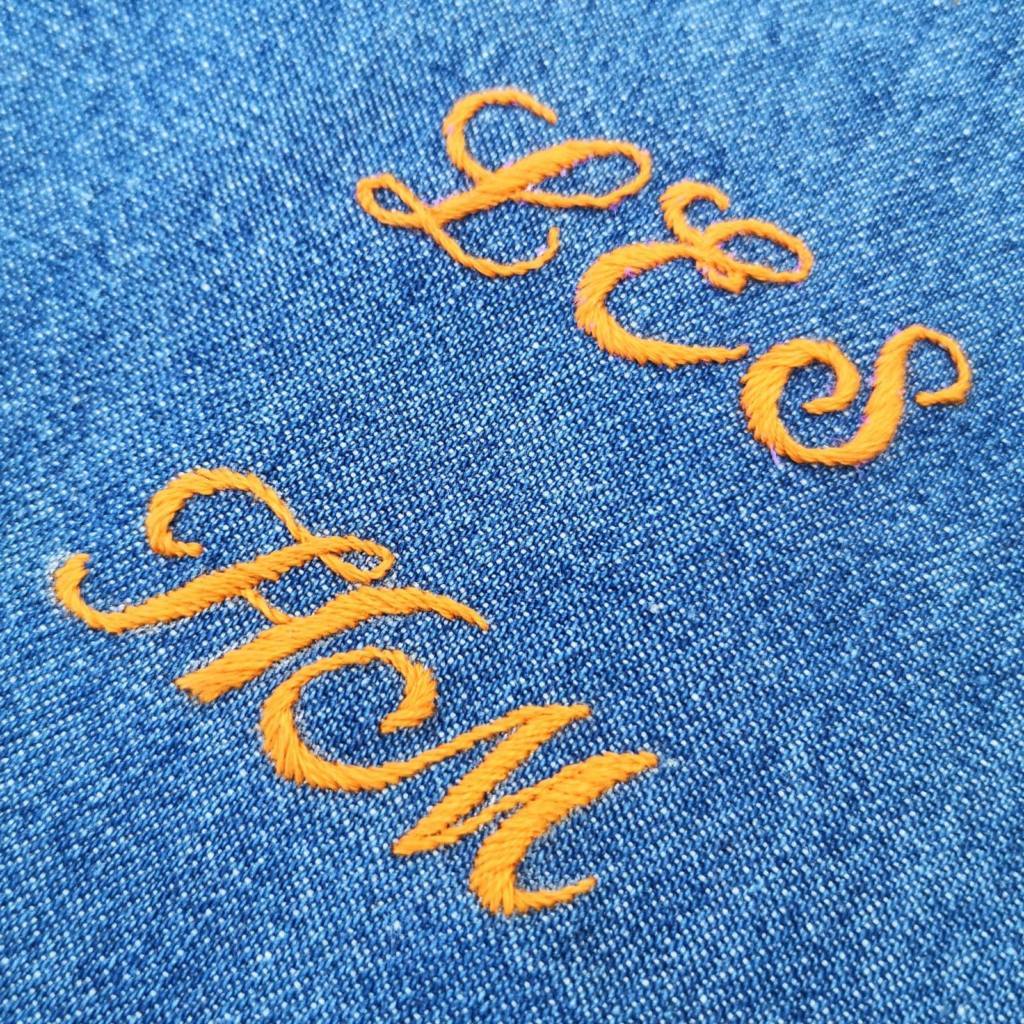 Our christmas postage deadline has now past, however, we have lots of online classes which you can gift that dont have kits that require postage. So for that present you need why not consider giving the gift of lettering in the shape of our monogramming online class series, or a practical skill like Darning. Or for the more experienced stitcher, think about the goldwork letters online class. Quite a few of our other classes only require materials that a crafter is likely to have already like the chiffon rose and lace applique classes. 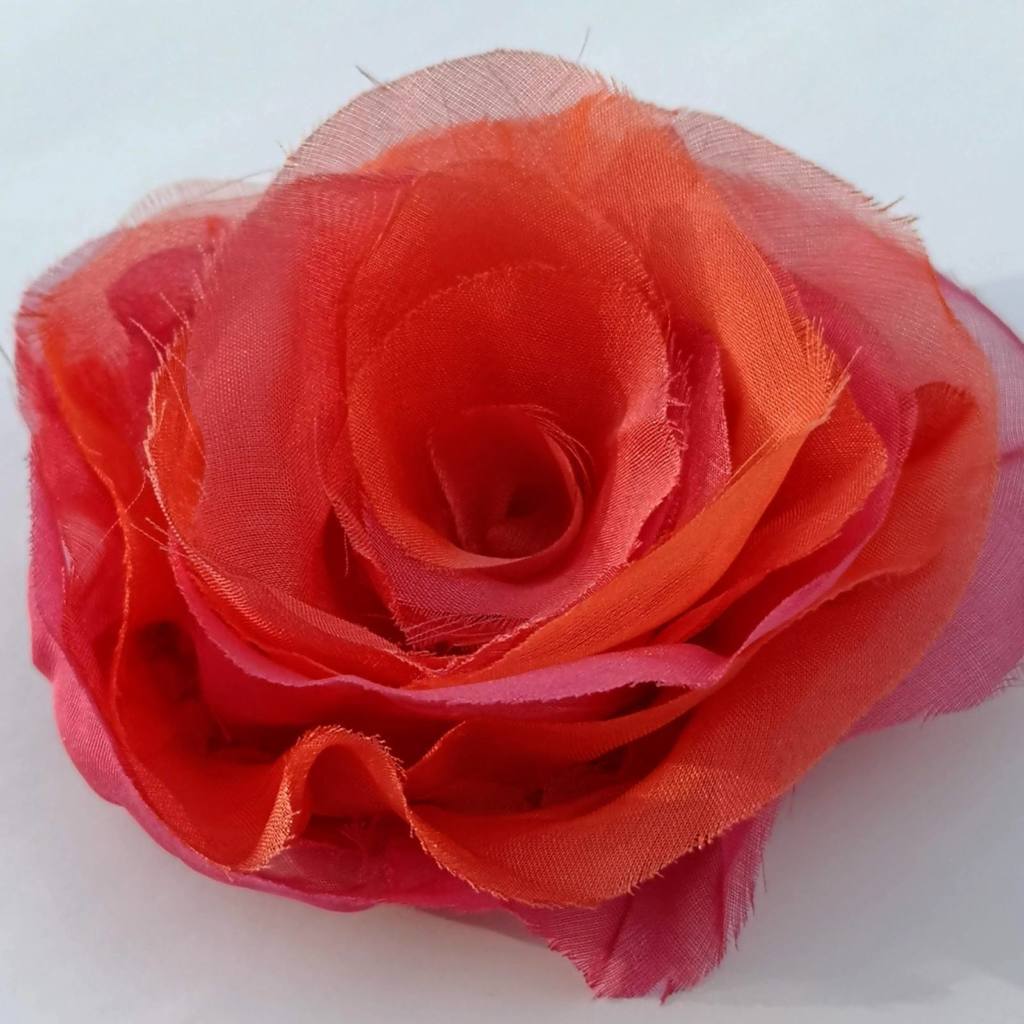 We will be open for orders throughout the Christmas period and will still be sending out orders until the 20th Dec, but can no longer expect them to arrive before Christmas. After the 20th all orders will be sent out by the 6th Jan when we will return to business as usual. See you in 2021. 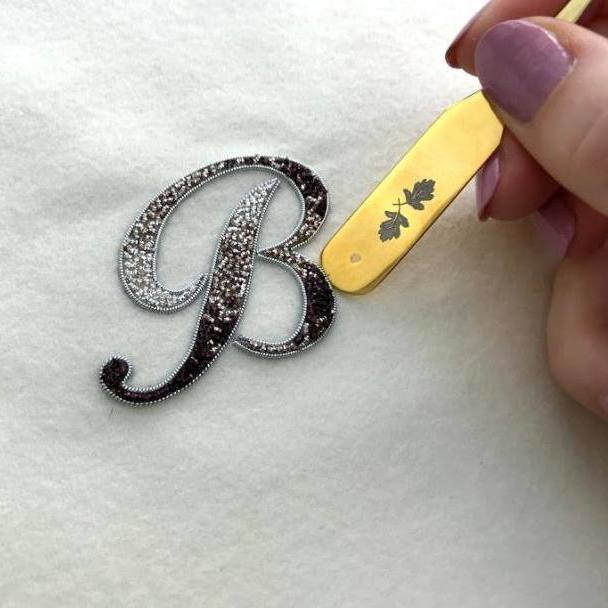 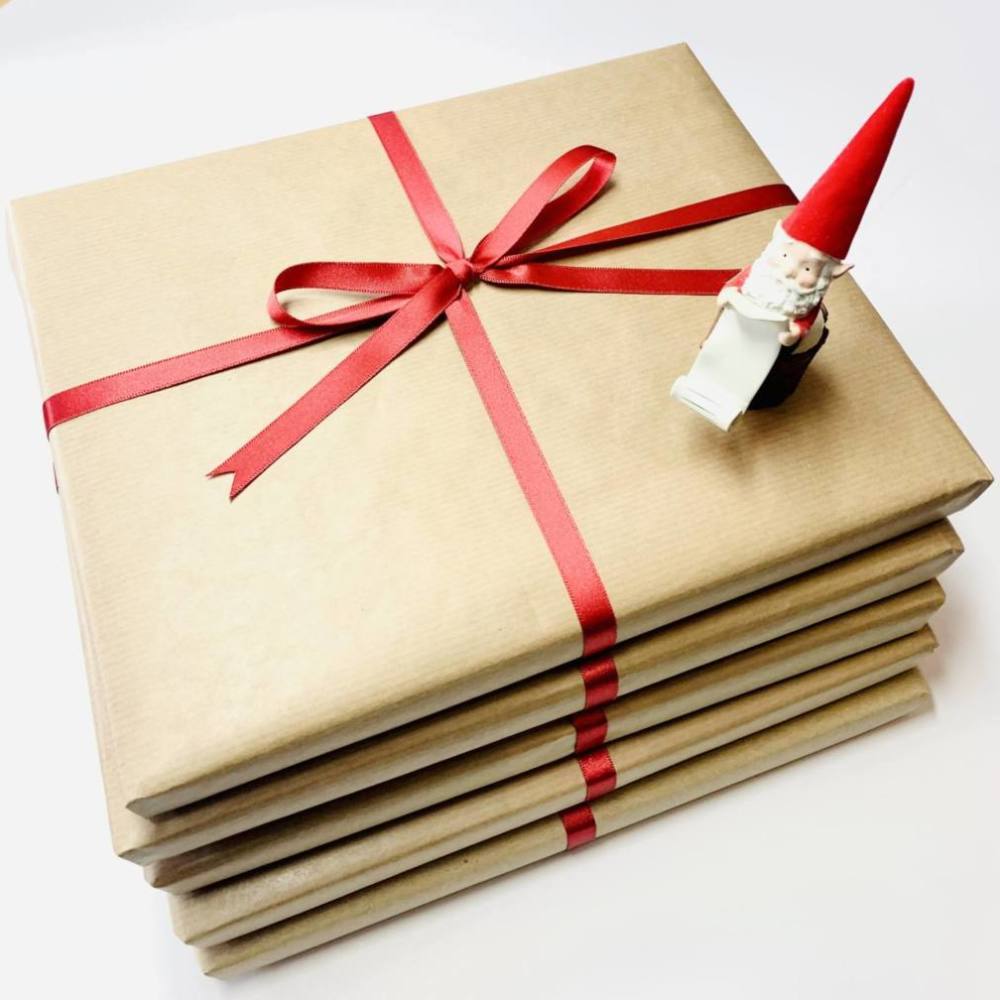 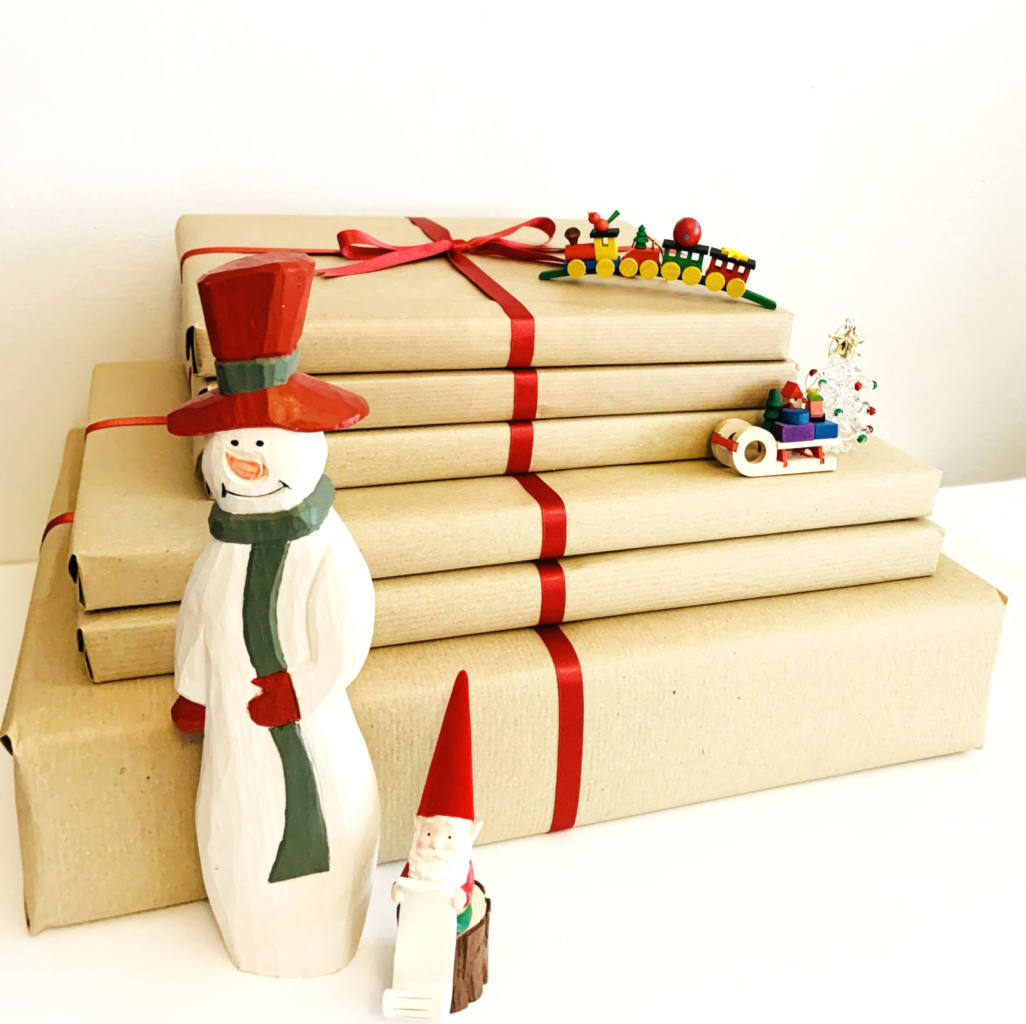 As we are expecting some disruption to the postal system this year, our date for Christmas postage for all countries including the UK has now past. However we are still working and will continue to dispatch orders up to the 20th Dec, we just cant say that they should get to you before Christmas. Any orders placed after the 20th Dec will be fulfilled after our Christmas break, and will be due to leave us by the 6th Jan 2021.

We hope that fits in with all your plans 🙂 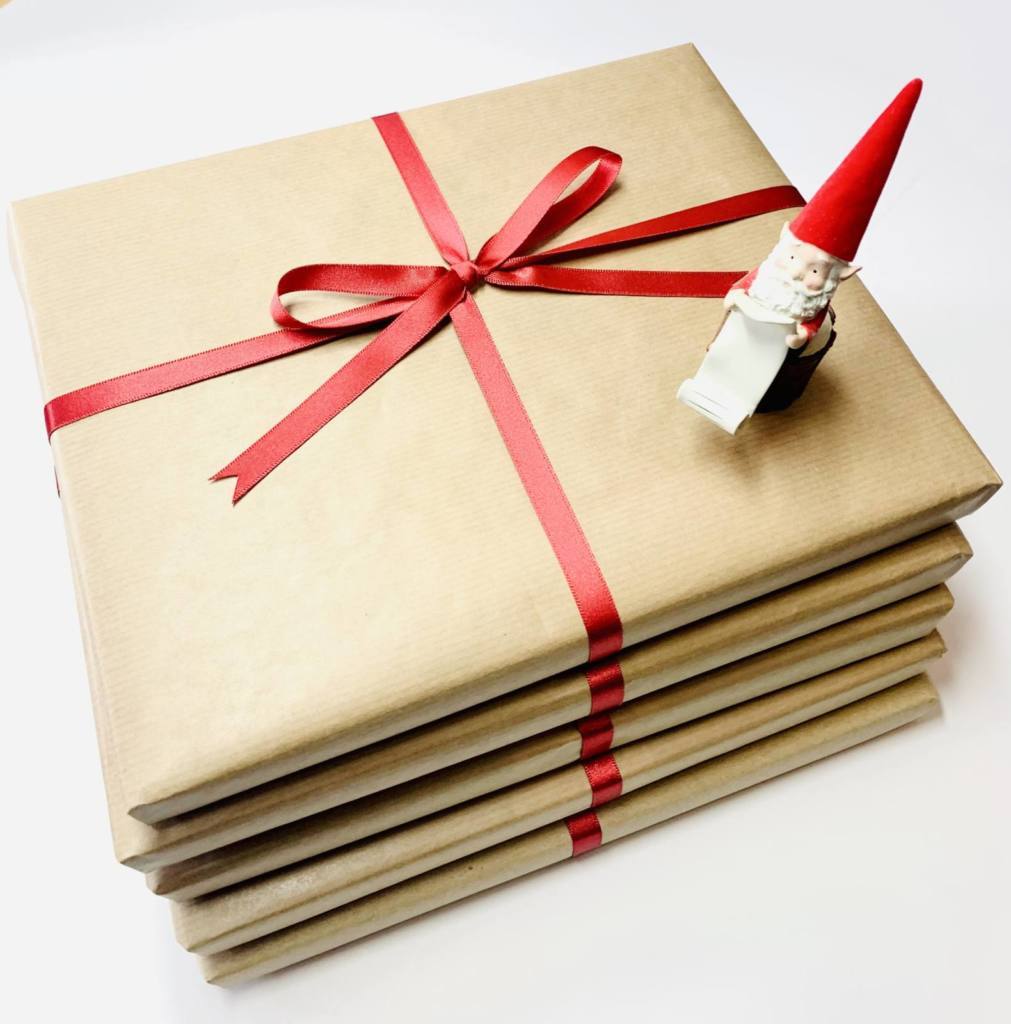 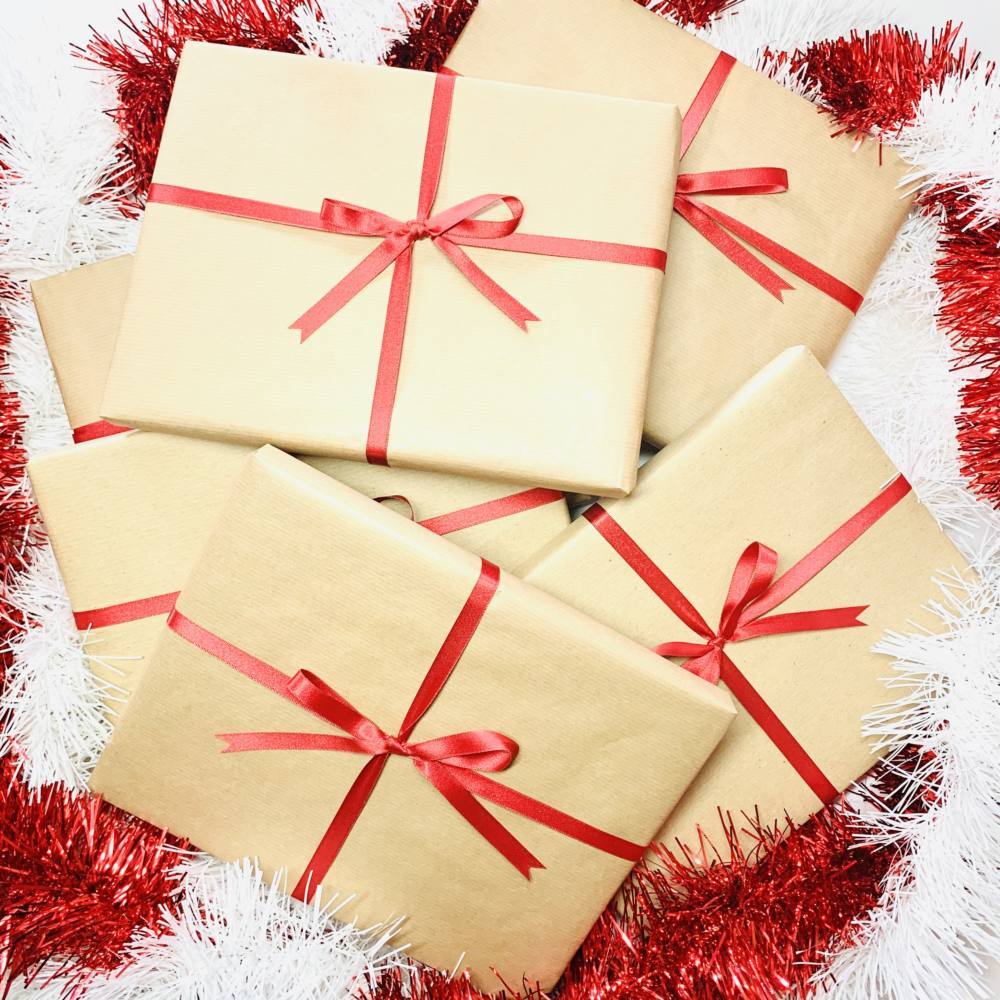 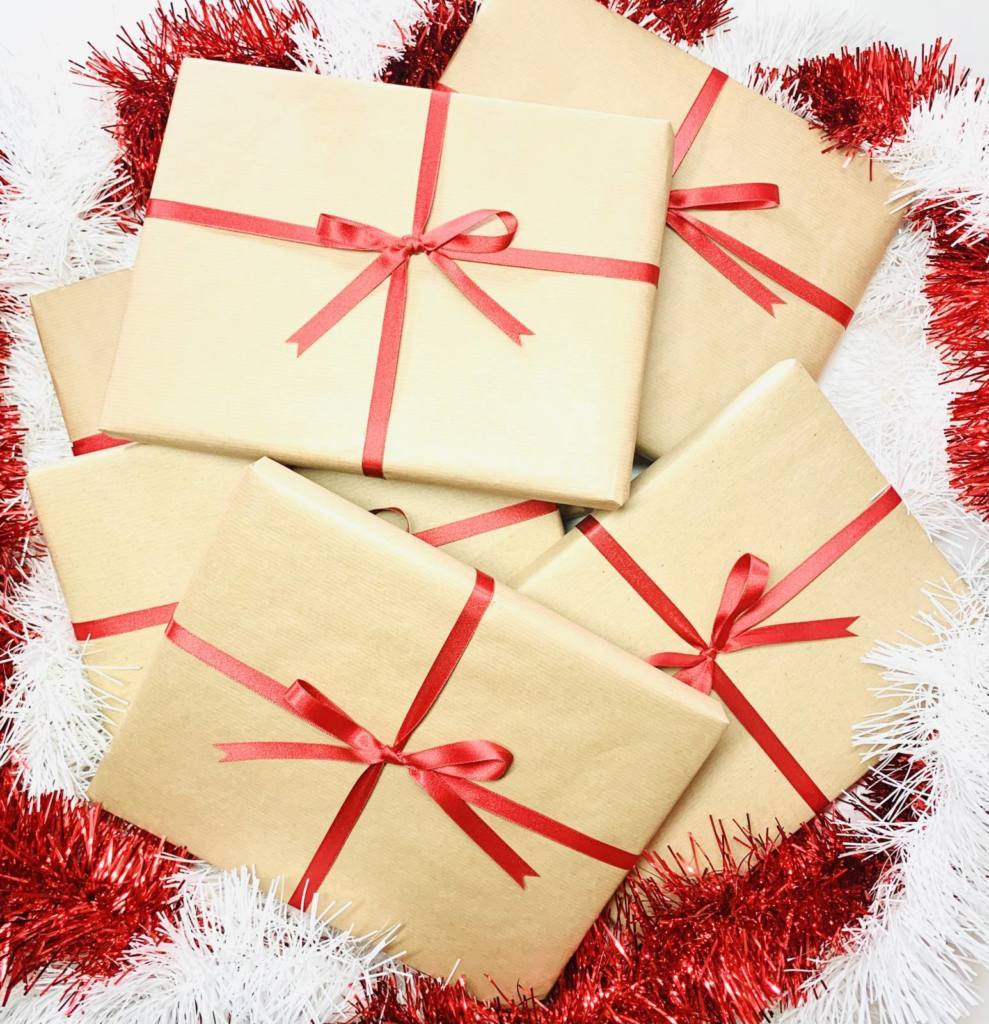 All our embroidery online class kits, whether Chrismas gift wrapped or not, come presented beautifully in a recyclable box so that you get a fun unboxing experience when you receive your parcel. In this year when we might not be able to see one another as we usually would, sending someone the gift of a skill or something you have made with your new skills has an enhanced meaning.

As the final postage date before Christmas creeps ever closer (15th Dec for UK) , get your order into us to avoid disappointment as we can’t wait to see what you will go on to stitch.

We will continue to be working and post items out until the 20th Dec, but cant say for sure they will arrived before Christmas. After that all new orders will be despatched by the 6th Jan 2021. 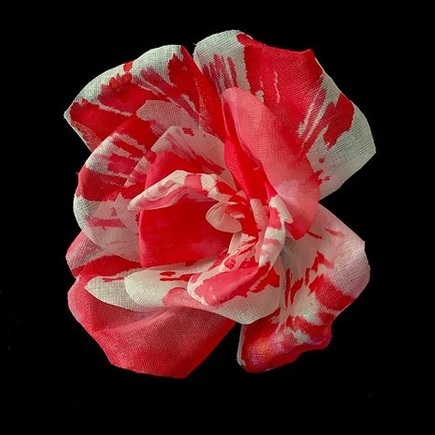 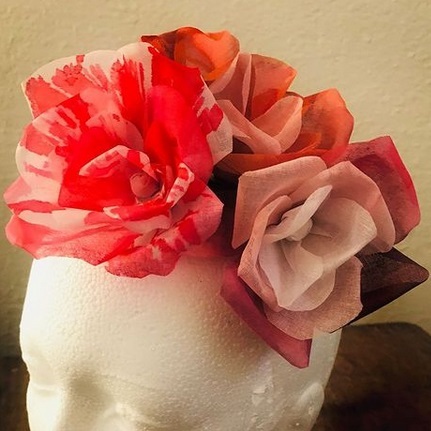 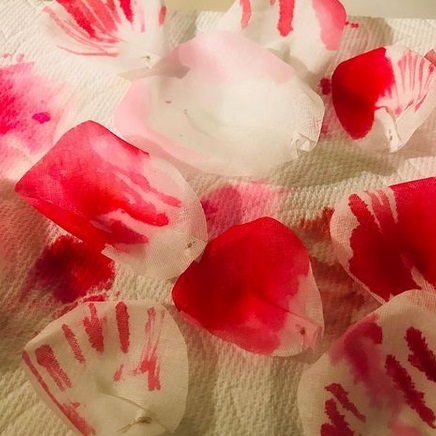 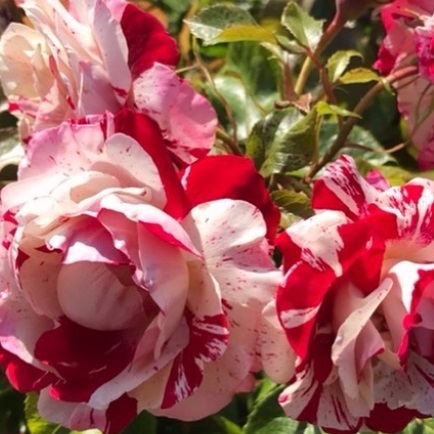 A new month rolls in and so we have a new student of the month to announce…. @guajardostudio

Such a stunning interpretation of our organdie roses could not go without appreciation and sharing. From the photos you can see that Sophia Small of Guajardo Studio, shares her progress and inspiration. Putting her own spin on our Organdie Rose online class and have gone on to making them something new.

If you enjoy seeing this kind of work, check out their instagram and website for more behind the scenes content. Small is a British Textiles designer, working out of California USA and making all sorts of beautiful and interesting things. Well worth a visit! 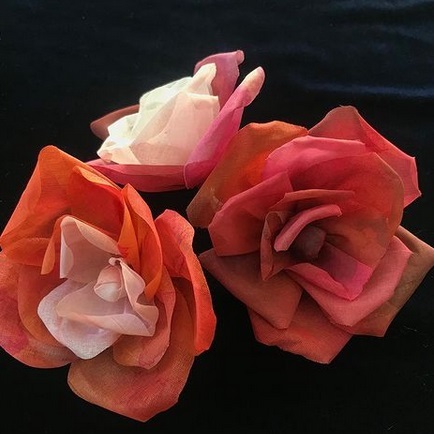 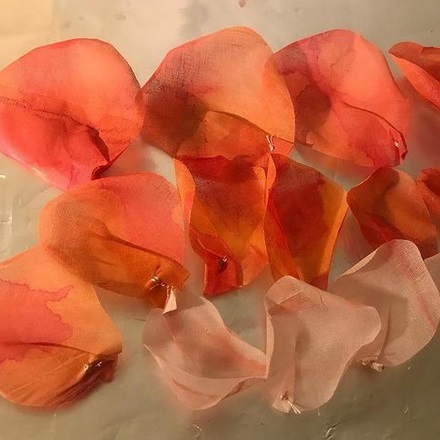 If you would like to be the December’s #studentofthemonth, use the hashtag #londonembroideryschool or tag us when sharing your photos from your London Embroidery School class or the things you have gone onto make following one of our class.

All Images courtesy of @guajardostudio

(Thank you, they’re so beautiully shot) 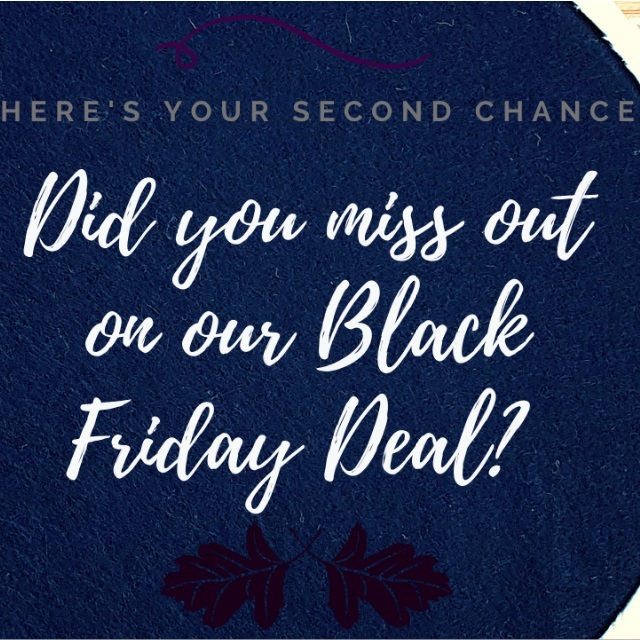 Did you miss out on our Black Friday Discount deal? Not to worry, as for today only , we have a Cyber Monday Deal where you can get 30% off any of our online classes. As each single online class is usually £10, for today you can grab them for just 7. This offer will only be live on Monday 30th November 20 so get in while you can.

This does not include equipment kits or bundles so to take advantage of the discount, add the class and/or kit to your basket separately.

Use the coupon code ‘cybermonday2020’ at the checkout of your basket to save yourself some pennies.

The shop will remain open but please be patient as we are working fewer staffs. And please beware Royal Mail / some international postal services are running with some small delay. Dismiss