Couched Goldwork by Tracy A Franklin We are now taking bookings for our beginners goldwork evening course starting in January next year. You will be taught the basic techniques of an ancient skill, passed down through hundreds of generations. At the end of the course which takes place over three 2 hour evening classes, you […] 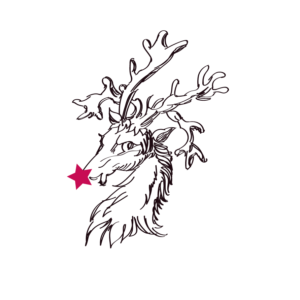 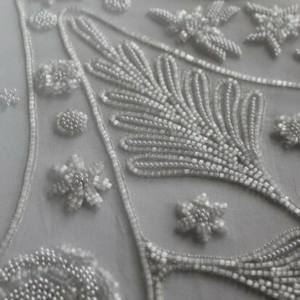 Tambour beading is a very ancient technique, with embroideries being imported as early as the 16th century. Another early reference dates back to the 18th century, where it found it’s way to Europe from its roots in Asia. All the finest examples of tambour beading were imported to France and England from places like India and Persia and China. 780–95 […] 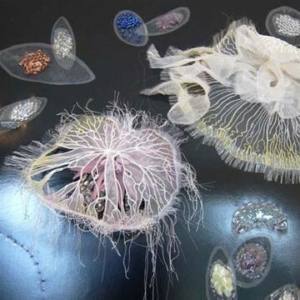 Beautiful, textural piece using a combination of different techniques If you’re not yet familiar with Karen Nicol’s work the we suggest you start looking! Karen Nicol is an embroiderer and mixed media artist, who also specialises in fashion and interiors from a London based design studio. Interiors Work Some of her work has been used by Anthropologie, […] 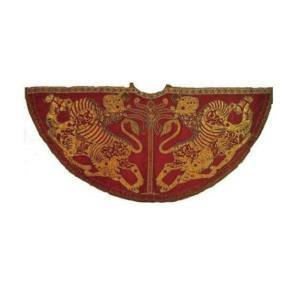 King Roger II of Sicily’s Coronation mantle 1130-54 The first references of goldwork were found in the bible and the book of exodus. Although the origins of this ancient technique have been lost, it is widely believed that goldwork embroidery originated in China and spread across the world to Asia, India, and Persia, later reaching North Africa, […]